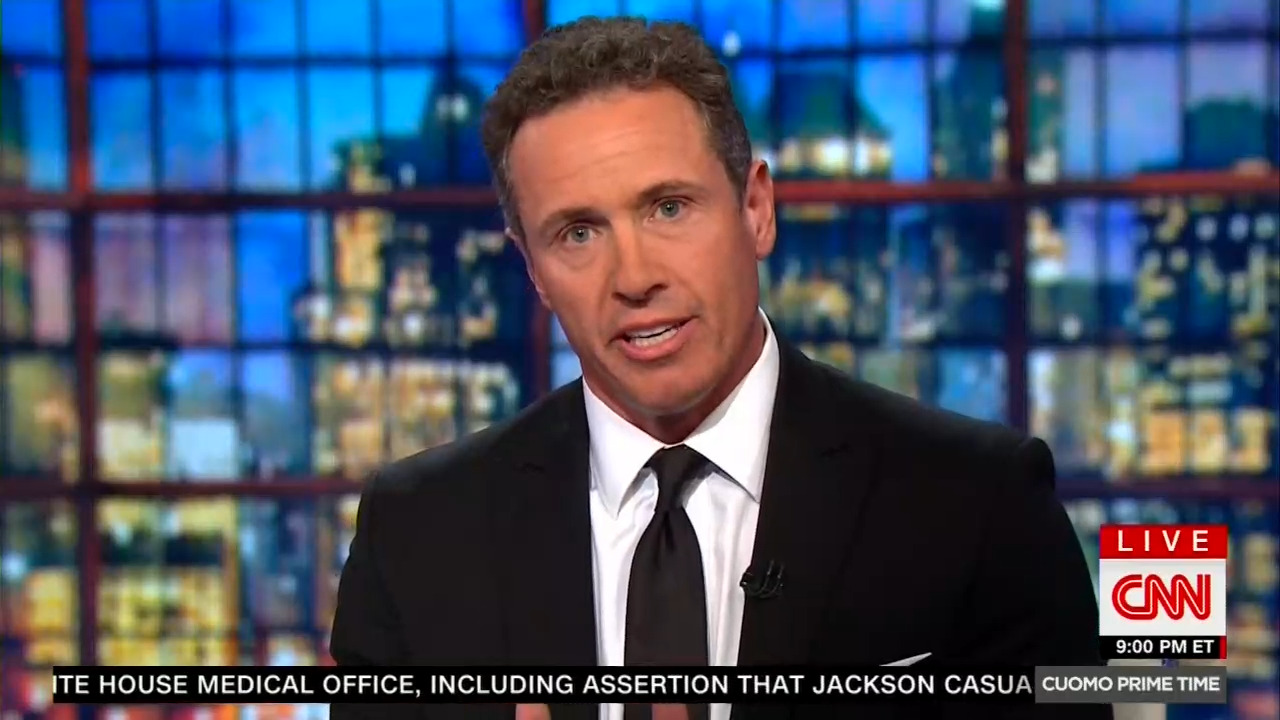 In 2021, Cuomo was exposed as urging his brother to deny any responsibility after 11 women accused the Democrat of sexual harassment, encouraging him to blame “cancel culture.” After the New York Attorney General released a lengthy report confirming Chris Cuomo’s blatantly political role, one of the anchor’s CNN co-workers anonymously told Buzzfeed: “The fact that Chris Cuomo wasn’t fired over his inappropriate conflict of interest in actively affecting a news story is not only irresponsible of CNN, but also a disgrace to journalism.”

Even dating back to his days at ABC News, Cuomo has frequently veered into thuggish partisanship. He’s winked at left-wing violence, saying that far-left, violent members of Antifa have “morality” on their side, and asserting during the BLM riots in 2020: “Show me where it says that protesters are supposed to be polite and peaceful.”

But he’s smeared Republicans and conservatives as evil racists, equating the perpetrators of the 1921 Tulsa massacre that killed as many as 300 African Americans to today’s Republican Party (“a through-line of hate”), and claiming that white people take “comfort” in their racism. CNN also let him spout the nonsense that attendees of the annual CPAC conference talk about “lies and magical thinking of ways to kill their opponents.”

Antifa-Backing Cuomo Declares Protests Are Not Required to Be Peaceful

Cuomo Asks Christian Radio Host Why Back Trump, Who 'Makes a Mockery of Your Faith'?

Cuomo Justifies Antifa Violence Saying Left Has 'Morality' On Their Side