Learn a little more about who we are.

The MRC’s commitment to neutralizing leftist bias in the news media and popular culture has had a critical impact on the way Americans view the liberal media.

The Media Research Center is a research and education organization operating under Section 501(c)(3) of the Internal Revenue Code. Contributions are tax-deductible to the maximum extent of the law. The MRC receives no government grants or contracts nor do we have an endowment. We raise our funds each year from individuals, foundations, and corporations. 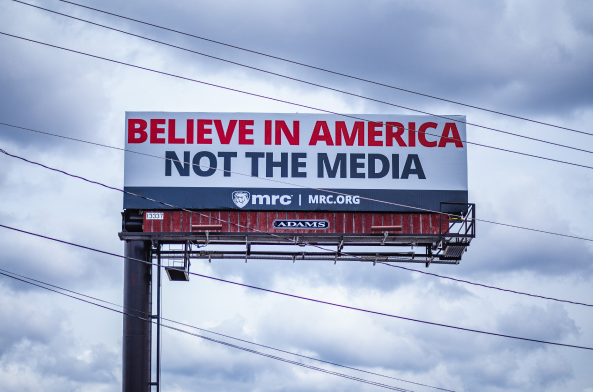 How do we deliver the truth to Americans?

To counter the liberal media’s leftist agenda, the MRC formed seven specific programs to precisely target egregious bias with comprehensive media analysis and the reporting of facts. These include:

NewsBusters
NewsBusters, the News Analysis Division’s fast paced and popular blog, is the leader in documenting, exposing, and neutralizing liberal media bias. Its team of expert news analysts monitor all the major media outlets 24 hours a day and produce comprehensive bias analysis as well as post showcasing the most ridiculous examples of leftist bias in the media.
Visit Site

MRCTV
MRCTV is the multimedia division of MRC featuring original content and aggregated videos of the news, people, and events conservatives care about. The site features all of the MRC’s television appearances and serves as an online platform for conservatives to share and view videos on topics ranging from breaking news to political analysis and humor.
Visit Site

MRC Culture
MRC Culture fights to preserve and restore America’s culture, character, traditional values, and morals against the assault of the liberal media elite, and to promote fair portrayal of social conservatives and religious believers in the media. MRC Culture is dedicated to correcting misconceptions in the media about social conservatism and religious faith. Provides online educational resources that inform the public on how the media elite are targeting America’s traditional values, character, and culture.
Visit Site

MRC Action
Comprised of hundreds of thousands of patriotic Americans, MRC Action makes a powerful impact as it fights liberal media bias and stands up for American values. MRC Action, the grassroots arm of the MRC, boasts hundreds of thousands of patriotic members. Provides online educational information on critical issues and encourages public active participation.
Visit Site
What others say about the MRC.

Prominent conservatives depend on MRC’s publications and analysis to showcase left-wing bias in the media.