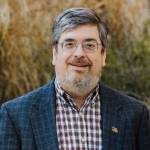 Brent H. Baker, the Steven P.J. Wood Senior Fellow and Vice President for Research and Publications at the Media Research Center (MRC), has been a central figure at the MRC since its 1987 founding. In 2001, Weekly Standard Executive Editor Fred Barnes dubbed Baker “the scourge of liberal bias.” In 2005, Baker spearheaded the launch of the MRC’s NewsBusters blog (his blog postings).

Baker has overseen the selection of the award nominees and “winners” for the MRC’s “DisHonors Awards,” presented at an annual gala, and each week he helps the Washington Examiner’s Paul Bedard select a “Liberal Media Scream,” which is also posted on NewsBusters. For 13 years, 1996 through 2009, he compiled and edited the daily CyberAlert e-mail and online report. In late May of 2009, the CyberAlert became an e-mail-only product based on BiasAlert postings on the MRC's website.

From 1988 through 2015, he served as Editor of Notable Quotables (archive), a two-page newsletter that delivered a bi-weekly compilation of quotes from the liberal media which reflected biased reporting. At each year-end, an annual “awards for the year’s worst reporting” were selected by a panel of judges. From 1988 to 1999, he also oversaw MediaWatch (archive), a monthly and later bi-weekly newsletter that the MRC discontinued in order to concentrate efforts on more timely analysis via the Internet.

Baker is the author of How to Identify, Expose & Correct Liberal Media Bias, a 1994 book that offers detailed explanations and suggestions for what the average citizen can do about media bias. Baker was co-editor of And That’s The Way It Isn’t: A Reference Guide to Media Bias, a 1990 book containing excerpts, reprints, and summaries of 45 studies documenting the media's liberal bias during the 1980s.

Baker lived in Massachusetts through high school, whereupon he fled the liberal commonwealth for George Washington University in DC and, since graduation, a life in Northern Virginia. He edited the conservative college student newspaper The Sequent and graduated from GWU with special honors in political science in 1985. After a stint at Conservative Digest magazine, Baker joined Brent Bozell at the National Conservative Foundation (as editor of the newsletter Newswatch) before helping to create the MRC in 1987.

An avid fan of the Washington Capitals NHL hockey team, in January of 2009 the Washington Post's "DC Sports Bog" took note of Baker's attendance at a Caps game with John Kerry: "The Caps, John Kerry and a Scourge."