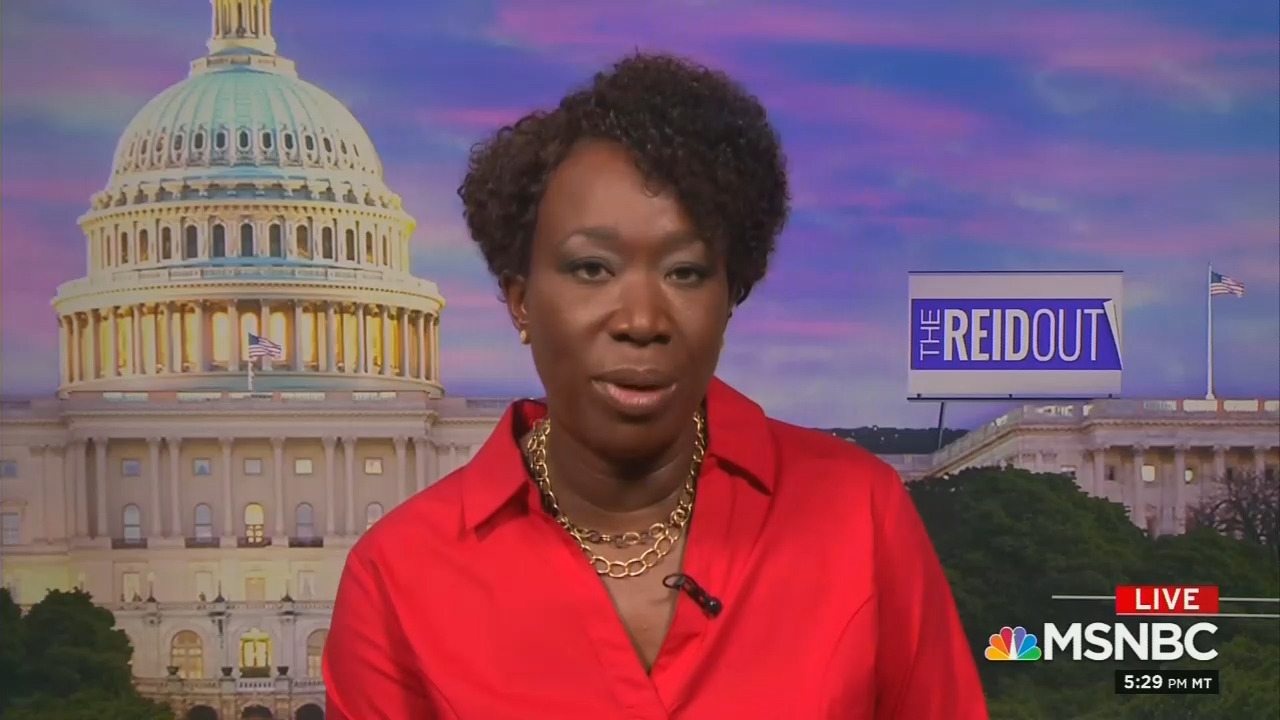 After four years hosting the hateful and unhinged weekend MSNBC program AM Joy, the highly-partisan Reid was promoted in July 2020 to take the 7pm ET weekday slot vacated after the cancellation of Hardball with Chris Matthews. With the presidential election underway at that point, Reid quickly used her new platform to fawn over Democratic candidate Joe Biden (the guest on her first show).

Even as she cuddled up to liberals, Reid slammed President Trump as a dictator who would end America,  attacked America as racist, and belittled Supreme Court Justice Clarence Thomas as "Uncle Clarence." When the election ended without an anti-Trump landslide, she complained that it wasn't the "repudiation" that conservatives deserved.

The Worst of The ReidOut:

Sputtering Hatred on MSNBC: Maybe U.S. IS as Bad as Trump, 'Uncle Clarence'