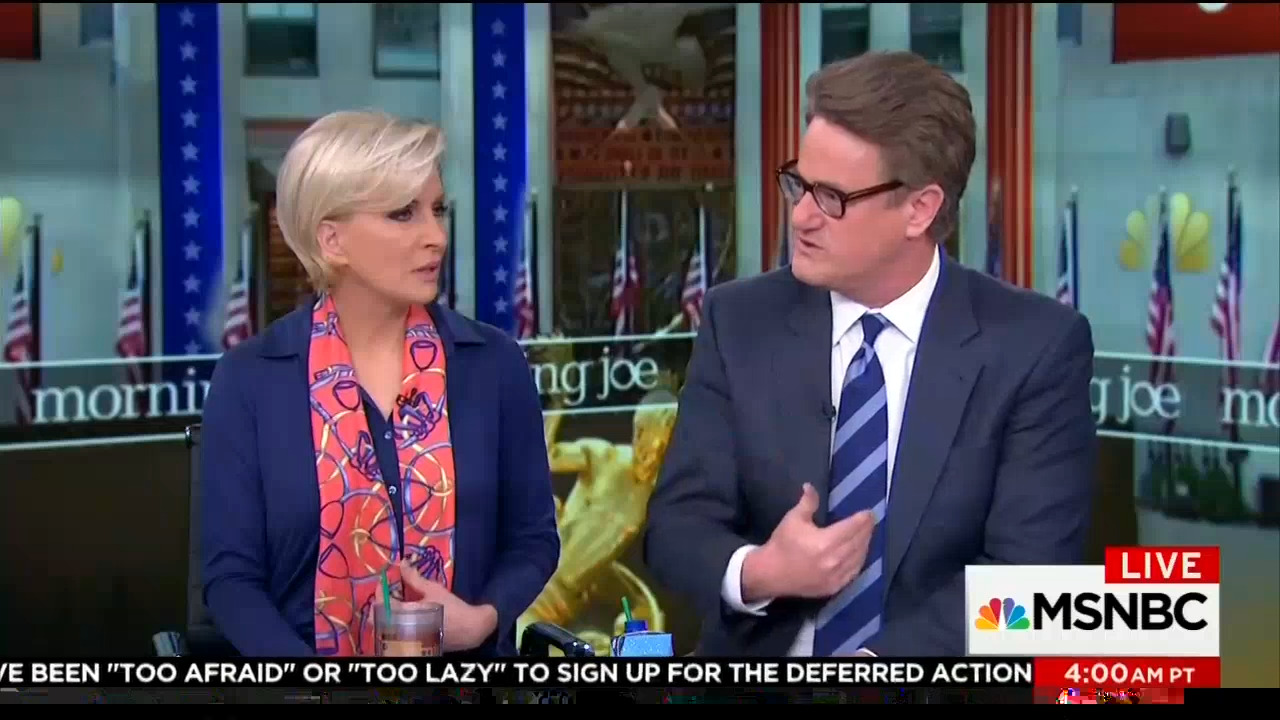 Having been on the air since April 2007, Morning Joe is a three-hour talkfest beloved by D.C. insiders. It’s co-hosted by faux Republican Joe Scarborough, his wife Mika Brzezinski, and Willie Geist and airs weekdays at 6:00 AM Eastern on MSNBC.

A pairing that originally started out as fervent Donald Trump supporters, Brzezinski and Scarborough have now joined The Resistance, suggesting on multiple occasions that Trump is mentally ill and likely suffering from dementia. About Trump's immigration policies, Scarborough in 2018 said "children are being marched away to showers, just like the Nazis said." A year later, he asked a panelist: "When is the time to sound the alarm?... Does this look like Germany in 1933?"

Aside from Trump, the pair’s D.C. insider-centric show called for “right-wing media” to be “put out of business” and “ultrafundamentalist” Christian could cause violence but liberal Senator Elizabeth Warren is akin to Led Zeppelin and Michelle Obama’s 2016 speech at the Democratic National Convention belongs in the “pantheon” of “great speeches.”

MSNBC: ‘Sound the Alarm’ to Trump and Rise of Nazi Threat in 2020

Pro-Gun ‘Useful Idiots’ Are ‘Not Welcome’ on MSNBC's Morning Joe

Morning Joe: Trump and Republicans Will Be Responsible For ‘Nuclear Holocaust’

Morning Joe: Time to Put ‘Right-Wing Media’ ‘Out of Business’ and ‘Break Their Backs’

Geist: ‘Never Underestimate the Stupidity of the American Public’