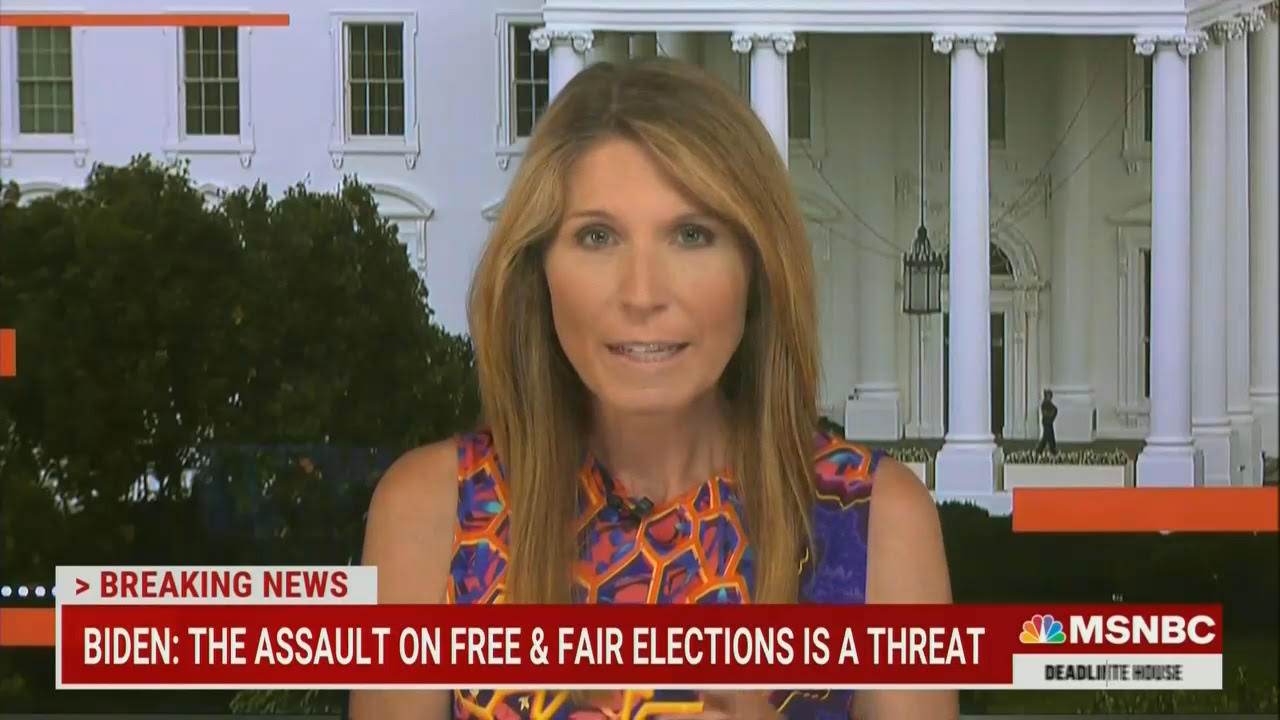 Originally intended as an afternoon talk show in the same vein as Morning Joe, Deadline: White House more closely resembles a group therapy session for Trump-deranged former Republicans. During the previous administration, the show was a bottomless well of contempt for President Trump, his cabinet, and his family. Wallace speculated whether the women in the Trump family were “numb,” “dead inside,” or just “paid off,” and she once lied that Trump was “talking about exterminating Latinos.”

When the primary target of her ire left office, Wallace redirected her vitriol towards the GOP in general, such as when she urged Democrats to refer to Republicans as a “domestic terror threat” during the midterm elections. This suggestion is particularly disturbing when one considers that she also recently advocated for “drone strikes” as a solution to “domestic terrorism.”

Nicolle Wallace: As an Ex-Republican, I Know They NEED Minority Voter Suppression