While network correspondents complain about the unfairness of independent advertising, they might ponder the unfairness of their habitual tendency to omit or downplay bad news for Team Obama, especially in the crucial last weeks of a campaign. Consider some of the latest stories that would have drawn much more attention and media hostility if the shoe was on the Republican foot: 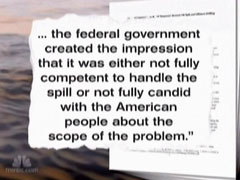 ■ Oil spill incompetence or dishonesty. A panel assembled by the White House to assess the government's oil spill response issued a report declaring the Obama administration created the impression that it was "either not fully competent" or "not fully candid with the American people about the scope of the problem." While the spill itself drew daily coverage for months, this story was quickly reported and vanished within 24 hours. NBC offered a full story in the evening, ABC and CBS in the morning. None of these stories allowed any comment from Republicans, and there were no interview segments. 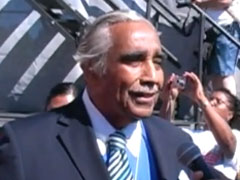 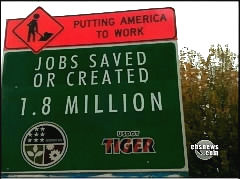 ■ Stimulus dollars for the dead. The inspector general of the Social Security Administration reported that nearly $18 million in stimulus payments were sent to 72,000 dead people, and only about half the money was returned. Another $4.3 million was paid to 17,000 people in prison. Network coverage? ABC and CBS offered anchor briefs on their morning shows. NBC aired nothing.

■ Big setback in trying terror suspects. In the Obama Justice Department's first showcase attempt to try a Guantanamo terrorist suspect in civilian court, a Clinton-appointed federal judge barred a witness in the case of Ahmed Ghailani, accused of aiding the bombing of two U.S. embassies in 1998. CBS Evening News offered an anchor brief, with Couric calling it a "big setback for federal prosecutors," not for the Obama administration. ABC and NBC skipped it.