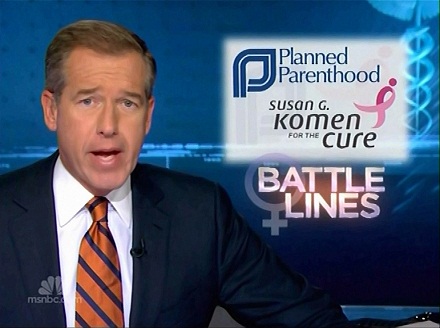 When the Susan G. Komen Foundation, the U.S.'s largest breast cancer charity, announced on February 1 that it would no longer be donating to Planned Parenthood, the Big Three networks - ABC, CBS, NBC - rushed to the defense of the left-wing organization, which is the largest abortion conglomerate in the United States. Over the course of about 60 hours, ABC, CBS, and NBC emphasized the controversy with a whopping 13 morning and evening news stories. The soundbite count was loaded: 76 percent of the quotes came from supporters of Planned Parenthood (35 in total). Only 11 clips or statements came from Komen representatives or new allies.

By contrast to those 13 reports on the feminist "firestorm," when the Obama administration announced on January 20 that it was giving religious institutions one year to comply with a mandate for coverage of sterilization, abortion-inducing drugs, and contraception in their health plans without a co-pay, these same networks all but ignored the face-off with angry Catholic bishops and their flocks. It took CBS 10 days to air one news brief about the controversy on CBS This Morning on January 30. Neither ABC nor NBC have aired anything on their morning and evening newscasts over the past two weeks, and CBS hasn't done anything since giving that one brief.

On February 3, ABC's Claire Shipman trumpeted the negative responses to the breast cancer charity's decision: "This morning, outrage and disappointment engulfing the Internet. 'All lies.' 'You have lost my support.' 'Playing politics with the lives of women.' 'I'll never buy pink again.'" ABC showed the strongest tilt towards Planned Parenthood, with 10 sound bites or statements in favor of the organization, versus only two supporting Komen, a five-to-one margin.

The day before, both CBS and NBC highlighted a talking point from Planned Parenthood president Cecile Richards, who hyped that a "right-wing political campaign [was] bullying" the breast cancer foundation. NBC trailed not far behind ABC in terms of slant towards the abortion giant, with 15 clips in favor of the liberal darling, and four supporting Komen, a nearly four-to-one imbalance. 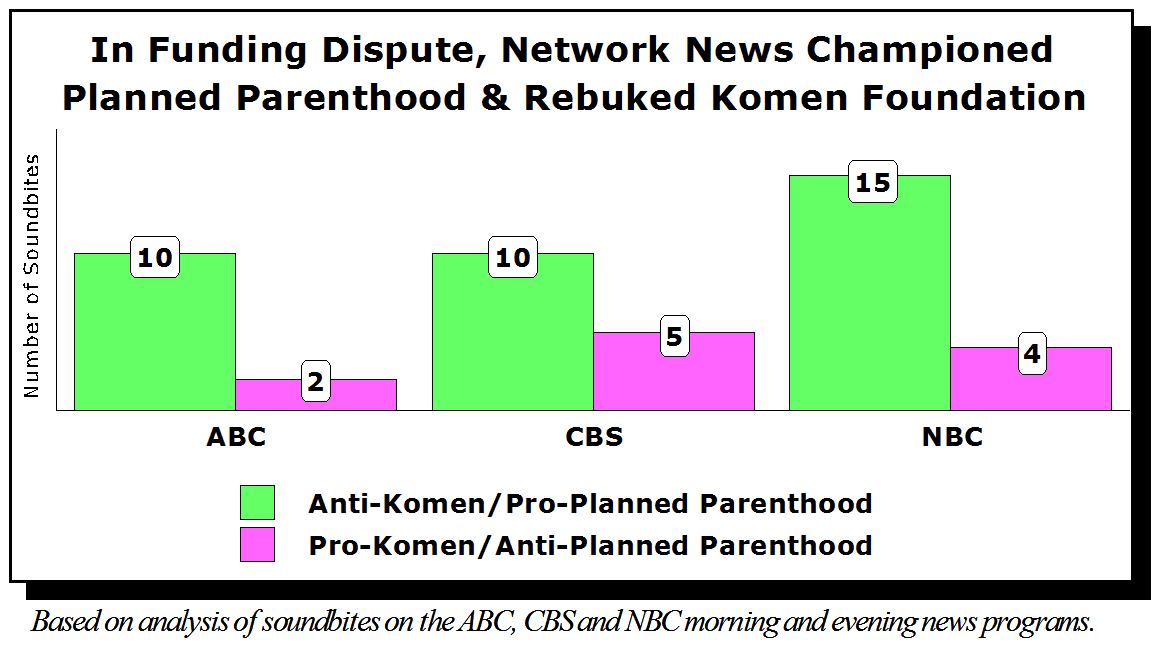 All three networks turned to women who feared the worst would happen after Komen stopped its grants to Planned Parenthood, which amounted to $680,000 in 2011. Both ABC and CBS played testimonials from Monique Benoit on their evening news programs on February 2, who turned to the left-wing organization for a breast exam at a time when she was "laid-off and uninsured," as Cordes recounted. NBC Nightly News featured Abigail Sunaki, who "found a lump in a breast two years ago and got help through Komen's funding of Planned Parenthood. Today, she's healthy."

The Big Three's on-air journalists also gave strong hints that they supported the left-leaning giant. NBC's Brian Williams teased a segment on February 1's Nightly News on the controversy by proclaiming how "a decision...[is] making a lot of women furious at the world's largest breast cancer organization. Why did it cut off funds for critical breast cancer screenings?" Correspondent Lisa Myers spotlighted the "explosion of anger among your lifetime supporters" during an interview of Brinker the following evening. 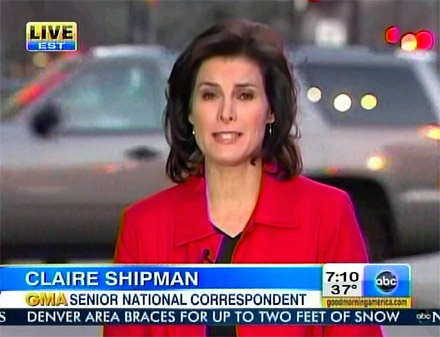 On ABC's World News on February 2, Shipman concluded that the apparent outrage at the breast cancer charity "shows the passion in this country among women on the issue of women's health care- access to services. I think we're going to hear a lot more of that over this campaign year."

In their coverage of the Komen vs. Planned Parenthood dispute, the Big Three clearly showed that they were willing to rush to the defense of the abortion giant over a few hundred thousands dollars in grant money. But when the Obama administration handed down a policy that clearly violates the consciences and the religious beliefs of Catholic institutions across the country, the networks barely raised a peep.