When Congressman Paul Ryan was named Mitt Romney’s running mate, one of the dominant liberal-media spin lines is that his budget proposal would “slash Medicare.” Everyone knows that Medicare spending is never “slashed,” but there are proposals to slow it from its skyrocketing trend line.

ABC reporter Martha Raddatz, who will moderate Ryan’s debate with Vice President Biden, used exactly this kind of misleading terminology against President Bush on February 4, 2008: "The President’s budget slashes billions of dollars in the growth of federal health care programs. Medicare and Medicaid would be cut by almost $200 billion."

Under fire for bias after The Daily Caller revealed Barack Obama attended her (first) wedding in 1991 to one of his Harvard Law classmates, ABC shot back in a statement, "This is absurd. Martha Raddatz is known for her tough, fair reporting, which is why it was no surprise to her colleagues inside and outside ABC News that she was chosen by the Commission on Presidential Debates for this assignment. "

Is Raddatz objective? There is evidence of liberal tilt that the Commission could have considered. Start with  Raddatz fawning all over Secretary of State Hillary Clinton as “cool” and “trending” on May 9, 2012:

"Let's face it, Hillary is cool. Trending. From the dancing and drinking photos during her trip to Colombia, to the iconic shot of the secretary texting on her C-17. When bloggers made up a few scenarios, telling the President and Vice President to get back to work. Rejecting a friend request from Facebook's Mark Zuckerberg, Clinton weighed in with real texts. "Rolling on the floor laughing." "Scrunchie time." Ahh, the scrunchie. Those were the days when staff would cringe at Hillary's desire to pull her hair back. The days that eventually led to the glamorous First Lady, the evolving hair styles. Never the same one twice, it seemed. And then, to the buttoned-up candidate Clinton. You know, the polarizing one. But not anymore. Her latest approval rating is 65 percent. Just behind that fashion icon, Michelle Obama."

Huge Obama Victory. On September 30, 2011, Raddatz hailed the Obama administration’s successful drone killing of American citizen/radical terrorist Anwar al-Awlaki's on ABC with the words "Another huge victory in the War on Terror." These are words ABC never used in the Bush era.

Great Obama Save. When Obama removed Gen. Stanley McChrystal from command in Afghanistan and replaced him with Gen. David Petraeus, Raddatz (on the June 24, 2010 Good Morning America) echoed the other reporters who hailed the Obama move: “Sending Petraeus to Afghanistan is, by all accounts, a great save, for exactly the reasons the President described. Petraeus is jokingly referred to by some in the military as a water walker, who seems to turn even the worst situations around. He received enormous credit for that in Iraq, where he served three, different tours, the last overseeing the surge.” 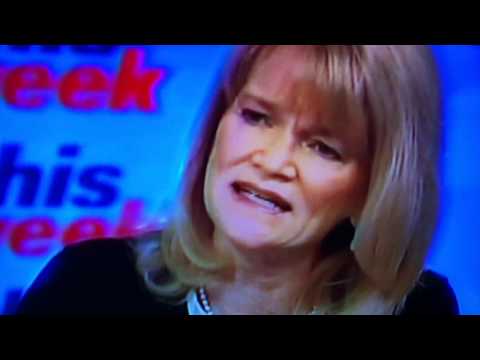 Historic Day for Gay Activists. “This will be dramatically debated for days to come, but what we heard today from the military on Capitol Hill was truly historic. It was the Chairman of the Joint Chiefs of Staff, the highest ranking military officer in the nation, who said today what no one in his position has ever said before.” – Raddatz on Adm. Mike Mullen supporting the repeal of “don’t ask, don’t tell” restrictions on gays in the military, February 2, 2010 World News.

Wishing Terrorists Weren’t Muslims. When Nidal Malik Husan killed 13 Americans in a mass shooting at Fort Hood on November 5, 2009, ABC’s Charles Gibson incorrectly called him a "Muslim convert." Raddatz spoke for the liberal media as she lamented: "As for the suspect, Nidal Hasan, as one officer's wife told me, ‘I wish his name was Smith.’" The next morning, ABC’s Diane Sawyer repeated: "We heard Martha Raddatz say last night that the wife of a soldier said ‘I wish his name had been Smith,’ so no one would have a reflexive question about that."

Republicans ‘Don’t Really Care About The World At All.' On the October 15, 1999 edition of Washington Week on PBS, host Gwen Ifill asked her assembled liberal journalists if "people are laughing at us" in London (and overseas in general) when Republicans in the Senate rejected the Clinton administration's attempt to pass a nuclear-test ban treaty. Martha Raddatz slammed the leader of the Senate Republicans: "I think Trent Lott may, I mean, Trent Lott talks about, well, we don’t care, you know, what the allies are saying. We don’t trust the nuclear test-ban treaty anyway. I think what it showed is they don’t really care about the world at all."

Bush's Biggest Cowards. Finally, for proof Raddatz was one of the Doom and Gloom Correspondents for ABC during the Bush years, consider this tidbit from Brent Bozell in 2004:

Our forces found a 17-page memo in Iraq, allegedly written by Abu Musab al-Zarqawi, a Jordanian with ties to al-Qaeda. The memo indicates that the resistance is recognizing our resolve to win the War on Terror. Of the United States, it says, "Our enemy is growing stronger day after day, and its intelligence information increases. By God, this is suffocation!" You mean, we're winning? This doesn't sound the nightly network news tone, does it?

On the evening of February 9, the Big Three networks warily acknowledged the memo as potentially authentic, but only CBS quoted this "suffocation" line....Unsurprisingly, ABC preferred a different line, one that demeaned the United States. Martha Raddatz pointed out that the letter says of Americans: "As you know, these are the biggest cowards that God has created, and the easiest target."