Hate and Bile: Left-Wing Attacks on Women Get Little Press 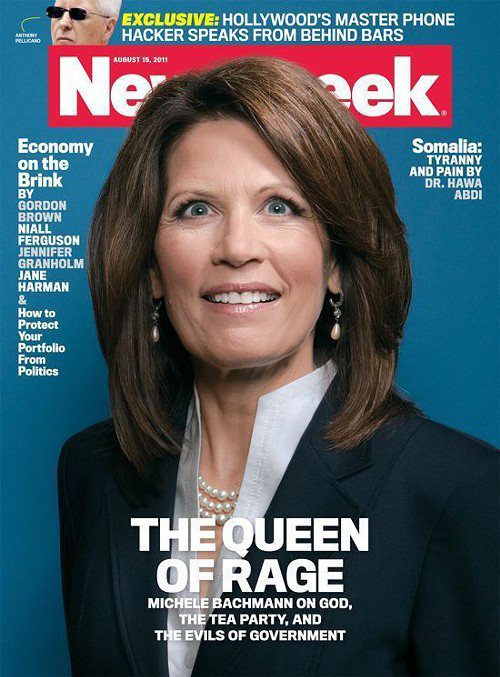 That’s laughable coming from those who’ve ignored or excused attacks from the left against conservative women like Sarah Palin, Michele Bachmann, Michelle Malkin, Ann Coulter and Carrie Prejean. Liberals slime conservative women regularly, usually in language far worse than Limbaugh used. And they are seldom, if ever, held to account for sexual, violent misogynistic speech. Conservative women – whether pundits, politicians or even politicians’ wives – are fair game to the left.

Here are some of the worst examples of attacks on conservative women in recent years.

On the March 4 “Meet the Press,” Rep. Debbie Wassermann Shultz, D-Fla, was incensed about Limbaugh’s comments, saying "I don't know any woman in America, David, that thinks that being called a slut is funny."

What is funny is that Schultz’s disapproval came less than two months after she appeared on Bill Maher’s “Real Time” program on HBO. Unconstrained by broadcast decency codes and advertising, Maher and guests lash out at conservative women in some of the nastiest language and sexual imagery imaginable.

In September, 2011, Maher was talking about Texas Gov. Rick Perry and decided to throw in a vulgar Sarah Palin joke: “He sounded like a sixth grader who didn't do the reading. Garbled syntax, messing up simple facts, sentences that went nowhere. Sarah Palin was watching and she said, ‘If only he was black, I'd fuck him.’”

That was actually pretty mild for Maher. In March, 2011, he called Palin a “dumb twat.” The same month, according to the Dallas Voice, at a public appearance in Texas, Maher called Palin a “cunt” and said “there’s just no other word for her.”

While some say Maher is a comic who says a lot of outrageous things as part of his routine, he’s a regular guest on CNN.

Beating up on Bachmann

Few conservative women seem to raise the left’s hackles more than Rep. Michele Bachmann, R-Minn. The former candidate for the GOP presidential nomination has been called “Barbie with Fangs,” and “Crazy Eyes,” and she’s been accused of being “hypnotized” and “the Mata Hari of Minnesota” by none other than Chris Matthews.

Bachmann has been a frequent target for HBO’s Maher, but also for his guests. In July, 2011, former Air America comedian Marc Maron said of Bachmann’s husband, I hope he fucks her angrily because, because that's how I would. And I've thought about it. I just … It's a political statement I'm trying to make.”

Liberal radio host Mike Malloy thrilled his dozens of audience members in May 2010 by calling Bachmann a “phony-ass broad” and a “skank.”

The Daily Beast has long had an interest in Bachmann. In 2008, Max Blumenthal called her “The Hate Monger of Minnesota.” In Sept. 2009, the site's Michelle Goldberg dubbed Bachmann “America's craziest member of Congress” and wrote that, “for the past year, her lunacy has been particularly vigorous.” Goldberg later wondered, “In today's GOP, is there such a thing as too crazy? In Nov. 2010, The Daily Beast's “Cheat Sheet” called Bachmann “a bomb-throwing provocateur generally regarded as too extreme to be taken seriously.”

Rolling Stone Magazine’s Matt Taibbi penned a 5,000-word hit piece on Bachmann in June 2011. He called her a "batshit crazy" "political psychopath" with a "gigantic set of burnished titanium Terminator-testicles swinging under her skirt."

Taibbi has another distinction when it comes to conservative women – back in 2009 he launched an almost unbelievably vile, hateful sexual attack on pundit Michelle Malkin.

In a Tax Day 2009 blog post, Taibbi claimed he was “really enjoying this whole teabag thing” and that “it's really inspiring some excellent daydreaming” that involved Malkin in incredibly vulgar ways.

“[T]his move of hers to spearhead the teabag movement really adds an element to her writing that wasn't there before,” he wrote. “Now when I read her stuff, I imagine her narrating her text, book-on-tape style, with a big, hairy, set of balls in her mouth. It vastly improves her prose.”

In the same piece, Taibbi said of conservative author Ann Coulter “When you read Ann Coulter, you know you’re reading someone who would fuck a hippopotamus if she thought it would boost her Q rating.”

Taibbi, while offensive, wasn’t even original. Back in 2008, Playboy magazine writer Guy Cimbalo released his list of top ten conservative women against whom he'd like to commit violent sexual acts. Calling these acts a “hate fuck” in his “So Right It's Wrong” article, Cimbalo explained that he “might despise everything” about women like Malkin, Fox News's Megyn Kelly, “The View's” Elisabeth Hasselbeck, Mary Katherine Ham  and Bachmann, “but goddammit, they're hot!”

Cimbalo listed the physical attributes of each woman along with short explanations of why a self-respecting liberal male shouldn't be attracted to them. A “hate-fuck rating,” presumably to tell others just how good the sex would be, accompanied each listing as well. The article caused such a firestorm that Playboy removed it from its Web site.

In 2010, David Letterman couldn’t resist hitting Sarah Palin during a trip to New York with her daughters. The usual “jokes” about Palin's intellect appeared ing the “Top Ten Highlights of Sarah Palin's Trip to New York,” alongside a knock on her looks. “Number Two: Bought make-up from Bloomingdale's to update her 'slutty flight attendant look,’” read the comedian. Then he went further, with a crude joke about her 14-year-old daughter being “knocked up” by Alex Rodreiguez at Yankee Stadium. Letterman eventually was forced to apologize for that joke, but not for carried on the tradition of painting Palin as a complete bimbo, not a governor or a former vice-presidential candidate.

Most of the left enjoys calling Sarah Palin stupid (with impunity). But one set of liberals believes she’s wickedly clever enough to fake maternity of her youngest child. Since her run for the vice presidency in 2008, Palin has been dogged by “Trig Truthers.” As explained in April 2011 by Salon,

Long pursued by the blogger Andrew Sullivan and a significant segment of the Palin-hating left, Trig Trutherism holds that Trig’s real mother is either Bristol Palin or some third party, and that Sarah Palin herself faked the pregnancy to avoid embarrassment for her daughter or for political gain or some combination of reasons.

Sullivan, blogging for The Daily Beast, The Atlantic and Newsweek, has claimed:

A key advantage in getting her head above the crowd for a veepship was giving birth to a child with special needs. Why? Because for decades, the pro-life base has suspected that the GOP leadership just pays lip-service on the issue and doesn't believe it themselves (hence all their pro-choice wives). But by having a child with special needs - and advertizing her struggles about having one - Palin proves she is “one of us."

It goes without saying that this idea has been thoroughly debunked. But it’s telling that so many on the left could think Palin capable of something so wrong.

But liberals really aren’t too picky in what they believe about conservative women, as long as it’s ugly. How else to explain the play that allegations against then South Carolina Gubenatorial candidate Nikki Haley got back in 2010. Just before the primary that year, a conservative blogger alleged he had an affair with the married mother of two. Will Folks, the blogger, offered no proof, but that didn’t stop the story from going national.

Later, another man, a lobbyist who worked for her opponent, claimed to have had a one-night stand with Haley, again without proof. CNN dutifully reported it. But even Jon Stewart on “The Daily Show” tore the allegation apart.

Malkin, who Rolling Stone’s Taibbi had his disgusting fantasies about, has a particular luck for being victimized by violent liberal misogyny.

In 2009, Keith Olbermann, then of MSNBC, compared Malkin to a “big, mashed up bag of meat with lipstick on it” during his “Countdown” show because he believed she encouraged death threats made to a woman who posted a video of singing their praises to President Barack Obama.

“She received death threats and hate-filled voicemails all thanks to the total mindless, morally bankrupt, knee-jerk fascistic hatred, without with Michelle Malkin would just be a big mashed-up bag of meat with lipstick on it,” Olbermann stated.

That might seem mild, after a Toronto Star columnist called for Malkin’s shooting. Antonia Zerbisias wrote in April of 2009, “Forget the Marxists. I wish the marksmen would take @MichelleMalkin. I'm thinking Dick Cheney. He's such a great shot,” Zerbisias wrote on Twitter.