Sarah Silverman celebrated Christmas in her usual mode: mocking Christians, and religion in general. On Twitter, she wrote “Happy Birthday, Jesus! I'm sorry [you] were murdered by people afraid of new ideas!”

Her last HBO special in 2002 was even mockingly titled “Jesus Is Magic.” Her new special was called “We Are Miracles.” Once again in the new show, she made fun of the death of Jesus, as a Jew: “You’re welcome. If we hadn’t killed him, he wouldn’t even be famous.” 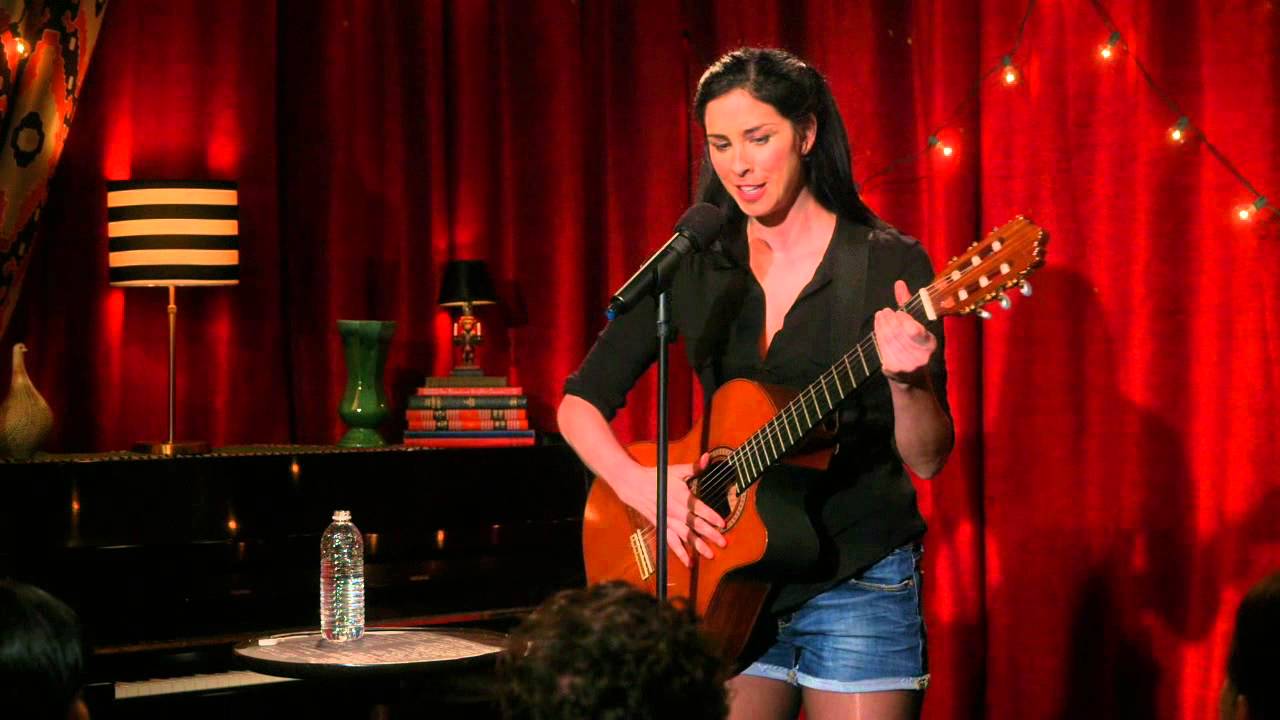 Silverman then mentioned Scientology as crazy, but added “its no more bats--t crazy than every single religion. It’s just new. Christianity is super-old, but its f---ing crazy.” Silverman turned to mocking Catholics and confession. She claimed that Hitler could kill six million Jews, then go to confession, and have a priest say, “no problem, say ten Heil Marys, and Hitler goes to Heaven!”

She also praised the late Mother Teresa for not being obsessed with her body image, then went for the humor by calling her “stick thin,” and adding “f—ing bitch.”

Silverman hates how separation of church and state – which leftists always think is actually text in the Constitution – is a joke in America, since “In God We Trust” is on the money, and witnesses in court swear to tell the truth on the Bible and say “so help me God.”  She sputtered, “If I tell the truth, it's because I tell the truth, not because I put my hand on a book and made a wish. It's f---ing crazy!”

The “We Are Miracles” title referred to the “science-based” miracle that “We were all once a microscopic speck,” leading to a joke that she began in her father’s testicles and and then flopping spectacularly in an incest joke. At least this atheist who just hosted a New York telethon for free abortions in Texas didn’t attempt to reconcile her “unborn speck miracle” talk with her fist-pumping feminism. She might have pulled a mental muscle.

Silverman also unloaded a typically scabrous joke about “praying” for Republican sperm that dies inside the rear ends of prostitutes. “Surely there are Democrats that have butt sex with prostitutes and you’re 100 percent right there are, but Democrats aren’t trying to take my rights away.”

Silverman spares nothing in her attempts at humor. She made up a fake study saying September 11 widows are better at casual sex acts, and said she loved rape jokes because who would object? “I’d say rape victims, but they’re traditionally not complainers.”

Comedians like this are too busy making a living being “hilariously” insensitive to contemplate what it’s like to be on the other end of the ridicule.

At a recent roast for James Franco on Comedy Central, actor Jonah Hill unleashed on Silverman: “Sarah is a role model for every little girl out there. I mean, every little girl dreams of being a 58-year-old single stand-up comedian with no romantic prospects on the horizon. They all dream of it, but Sarah did it.” (She’s 43.)

Hill then added another insult: “People say it’s too late for Sarah to become successful in movies at her age. I again do not agree. It’s not impossible. I mean, it’s not like they’re asking you to bear children or anything like that.”

Silverman admitted in a TV interview it took her several days to get over the insults. “As soon as a woman gets to an age where she has opinions, and she’s vital and she’s strong, she’s systematically shamed into hiding under a rock. And this is by progressive pop-culture people!”

She added in self-defense: “These issues always come up when an actress hits a certain age and has a voice she can use. It’s not any kind of new notion. It’s just new for me, you know what I mean? I love all those guys [at the Franco roast]. Still, I think it was okay to admit that it cut me. We’re just made of feelings.”

As if Silverman’s targets don’t have feelings? Like rape victims and 9-11 widows don’t have a little more reason to be spared than Sarah Silverman does?

As Silverman has now announced her comedy role model for the future is half-plastic Joan Rivers, the size of her ridicule target is only going to enlarge. Why would a godless comedian refrain from insulting her for archaic religious concepts like charity, or mercy, or respect for your elders?