What if the atheists declared they were about to throw “the largest atheist event in world history” on a Saturday in Washington and few people showed up? “Reason Rally” organizer David Silverman estimated that "99 percent of all atheists are closeted.” The closet must still be full, because they sure weren’t in Washington.

The Washington Post story on Sunday guessed there were “several thousand” people in the intermittent rain. But Paul Fidalgo of the Center for Inquiry told the Post "We have the  numbers to be taken seriously…We're not just a tiny fringe group."

It’s interesting that our secular, religion-mocking media mostly skipped over this rally like one steps around a ranting homeless person. The networks were missing, as were the Associated Press, the New York Times, and others. Perhaps they didn’t think an atheist protest this explicit was worth getting behind. Their kind of secular, religion-mocking rally was 2010’s Jon Stewart-Stephen Colbert “Rally to Restore Sanity.”

The pre-rally publicity was too ridiculous to believe. At National Public Radio – yes, they are interested – Barbara Bradley Hagerty explained the really was “not to tweak the faithful. It's to encourage closeted atheists to take heart.” How NPR-thoughtful. Atheist blogger Hemant Mehta complained “Every time you hear the word atheist in the media, you know, there's always, like, an adjective before it. It's always angry atheist, militant atheist, staunch atheist. It's never happy, smiling atheist.” There are also dumb atheists who don’t know “happy” is also an adjective.

On Saturday morning, as the rain began to pour on the atheists, NPR weekend anchor Scott Simon added more blather from his DC studio: “Rally organizers say they don't want to mock religion. A lot of nonbelievers I  know and hear from are eager for atheists to be seen as more than just scolds who point out absurdities and inconsistencies in religion, the kind of grumps who file lawsuits against shopping-mall Santa Clauses.”

This, from the man who cued up Christopher Hitchens to denounce Mother Teresa just after she died. Sadly for the atheist publicity team at NPR, reality came barging in. That lonely Post story explained that a Reason Rally attendee was confronting religious counter-protesters with a sign reading “So Many Christians, So Few Lions.” This is also a T-shirt that atheists sell each other.

Bill Donohue of the Catholic League noted that hate also came from biologist Richard Dawkins at the podium. Dawkins insisted religious people must be “ridiculed with contempt.” Dawkins advised the cheering crowd to ask Catholics, “Do you really believe that when a priest blesses a wafer, it turns into the body of Christ? Are you seriously saying that wine turns into blood? Mock them, ridicule them!”

But they won’t “tweak the faithful.”

You didn’t have to wait for the rally to know it was going to be angry and militant. Their star speaker, Professor Dawkins, wrote for The Washington Post beforehand that people should not come if they weren’t wise enough to crawl “from the swamp of primitive superstition and supernatural gullibility.”

Or if they were idiotic religious conservatives who’d say “I don’t trust educated intellectuals, elitists who know more than I do. I’d prefer to vote for somebody like me, rather than somebody who is actually qualified to be president.” He added, “What other than this mentality accounts for the popularity of Sarah Palin, Michele Bachmann, Rick Santorum -- politicians who flaunt their ignorance as a vote-winning virtue?”

The media don’t want the atheists and the Obama Democrats to be too closely aligned in the minds of voters – even though atheist Congressman Pete Stark and Sen. Tom Harkin sent video messages. 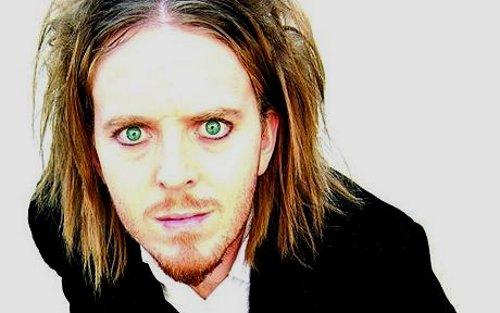 The same media that regularly highlight nasty Tea Party signs and blamed the entire movement for them skipped the signs in the “Reason Rally” crowd. Donohue spotlighted a few. “Religion is Like a Penis,” one sign read, “It’s OK to have one…But it is NOT OK to whip it out in public, shove it in my face, or tell me what to do because you have one….” A woman held out a sign telling Christians, Jews, and Muslims to “Get Out of My Panties.” It should not be shocking to report this woman was in no danger of sexual harassment.

Let’s remember: atheists don’t want to be seen as angry, militant scolds who can’t be civil. Only NPR is foolish enough to bite.