Fox News Bests CNN As "Most Trusted Name In News" 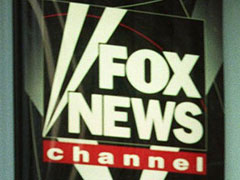 After years of CNN touting itself as "the most trusted name in news," a survey released Tuesday from Public Policy Polling (PPP) discovers that among major news sources, only the Fox News Channel enjoys a plurality of respondents (49%) saying they "trust" the network (vs. 37% who disagree). For CNN, only 39% trust the network's news product, vs. 41% who do not, and the distrust is even higher when the public is asked about the broadcast networks, ABC, CBS and NBC.

And, as Time media writer James Poniewozik notes in a January 26 item "PPP, in fact, is a mainly Democratic-affiliated polling firm." The survey included 1,151 registered voters and was conducted between January 18 and January 19. PPP is based in Raleigh, North Carolina.

A new poll asking Americans whether they trust each of the major television news operations in the country finds that the only one getting a positive review is Fox News. CNN does next best followed by NBC News, then CBS News, and finally ABC News.

49% of Americans say they trust Fox News to 37% who disagree. Predictably there is a large party split on this with 74% of Republicans but only 30% of Democrats saying they trust the right leaning network.

The major networks all have the majority trust of Democrats but less than 20% from Republicans. NBC, perhaps because of the ideological bent of MSNBC, does the best among Democrats at 62%. Overall 35% of voters trust it to 44% who do not. CBS does the worst among Republicans, with 69% distrusting it. A plurality of independents express distrust of all five outlets we tested.

-Rich Noyes is Research Director at the Media Research Center.