When It Comes To Bashing Murdoch, Joe Nocera Knows Nothing, Says Taranto

New York Times columnist Joe Nocera has devoted his last two columns to the spreading scandal over News Corp., owned by Rupert Murdoch, the media mogul who incurs the hatred of liberals. Nocera, not content to report on the woes afflicting News Corp. outlets overseas, insisted without evidence on Saturday that one of Murdoch's American media properties, the Wall Street Journal, has succumbed to the dreaded disease of 'Fox-ification,' 'The Journal Becomes Fox-ified.' As you can guess, that is not a compliment at the Times. 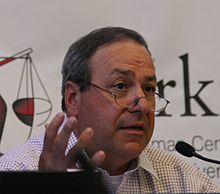 It's official. The Wall Street Journal has been Fox-ified.

It took Rupert Murdoch only three and a half years to get there, starting with the moment he acquired the paper from the dysfunctional Bancroft family in December 2007, a purchase that was completed after he vowed to protect The Journal's editorial integrity and agreed to a (toothless) board that was supposed to make sure he kept that promise.

Fat chance of that. Within five months, Murdoch had fired the editor and installed his close friend Robert Thomson, fresh from a stint Fox-ifying The Times of London. The new publisher was Leslie Hinton, former boss of the division that published Murdoch's British newspapers, including The News of the World. (He resigned on Friday.) Soon came the changes, swift and sure: shorter articles, less depth, an increased emphasis on politics and, weirdly, sometimes surprisingly unsophisticated coverage of business.

Along with the transformation of a great paper into a mediocre one came a change that was both more subtle and more insidious. The political articles grew more and more slanted toward the Republican party line. The Journal sometimes took to using the word 'Democrat' as an adjective instead of a noun, a usage favored by the right wing. In her book, 'War at The Wall Street Journal,' Sarah Ellison recounts how editors inserted the phrase 'assault on business' in an article about corporate taxes under President Obama. The Journal was turned into a propaganda vehicle for its owner's conservative views. That's half the definition of Fox-ification.

But James Taranto, in his Monday 'Best of the Web' at Opinion Journal (a Wall Street Journal website) looked for evidence of Nocera's claims and found none:

That's the sum total of Nocera's evidence that the Journal's news coverage tilts right. (By contrast, many volumes have been written about the Times news pages' leftward slant.) And his case is even weaker than it looks.

Taranto put journalist Sarah Ellison's charge in a mitigating context, then tackled the 'Democrat' accusation. Taranto searched the Journal's archives on Factiva for "Democrat party," "Democrat senator" and "Democrat representative' and only found two headlines using the word 'Democrat' as an adjective, noting: 'Both stories correctly use 'Democratic' throughout, so these were obviously cases in which headline writers were trying to economize on space.'

Taranto concluded that 'for Nocera to bad-mouth the competition based on such shoddy evidence is rather a more serious lapse' than anything the rest of the media has done, 'Democrat'-wise.

Nocera and the Times itself are clearly relishing the damage being inflicted on Murdoch's empire. The Times has featured aspects of the story on its front page on 11 of the past 14 days, and it has led the print edition five out of the last six through Tuesday morning.

Nocera again accused the Wall Street Journal of being craven toward Murdoch in his Tuesday column, 'The Tables Are Turned on Murdoch.'

'The schadenfreude is so thick you can't cut it with a chainsaw,' wrote The Wall Street Journal in an editorial on Monday, defending Rupert Murdoch and the News Corporation. (That's right. After woefully undercovering the scandal in its news pages, The Journal's editorial page is now leaping to the defense of its owner. Proving, yet again, that The Journal knows where its bread is buttered.)

Nocera took some personal hits at Murdoch and Fox News:

Although I generally admire entrepreneurs who build giant companies, Rupert Murdoch, despite giving us Homer Simpson, generally has not been a force for good over the course of his long career. His Bill O'Reilly-ed, Glenn Beck-ed Fox News has done a great deal to coarsen the political discourse....