The Times Marks Easter In Its Own Way: Gay Activism

The Times' coverage of Easter Sunday was sparse, but the paper did mark the Christian holiday in its own inimitable way, by spotlighting anti-traditional gay rights activism. 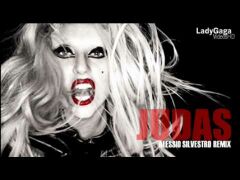 Reporter Liz Robbins was at St. Patrick's Cathedral in Manhattan on Sunday morning to hear Archbishop Timothy Dolan delivers his Easter homily to nearly 3,000. St. Patrick's also marked the "finish line" of the Easter Day parade. But her story Monday, "A Sermon Of Rebirth, And a Rally For Rights," was pre-occupied by a tiny band of protesters in support of gay marriage, "A small group of about 25 people stood while temperatures soared near 80 degrees." For Robbins, two dozen people standing outside in "near 80 degree" heat (was it really that onerous?) was worth both special mention and 364 of the story's 634 words.

A Sunday Styles story by Austin Considine, "For Catholics, Open Attitudes On Gay Issues," celebrated Lady Gaga's latest attempt at shock, "Judas," the upcoming video of which promises Gaga "wearing see-through nun habits to suggestively swallowing a rosary." Considine's story was accompanied by a photo of children at the White House captioned: "Children of lesbian or gay parents rolling Easter eggs at the White House in 2009."

As the tranquil tones of church bells and choirs usher in another Easter Sunday, you may hear stirrings of controversy beneath those sounds - set to the pounding of a Lady Gaga tune.

It's no accident that Lady Gaga decided to release the video for her provocative single, "Judas," this Easter. From wearing see-through nun habits to suggestively swallowing a rosary, the pop star, who was raised a Catholic, has consistently prodded her faith's strict sexual conventions.

(Actually, the video has yet to be released.)

But if Lady Gaga has managed to offend some Catholics, her progressiveness, specifically her support for gay equality, reflects a genuine cultural moment. A recent study indicates that today's Catholics are the most progressive Christians in the country regarding gay equality - and more open than Americans in general.

Official church policy is tough on gay issues: homosexual acts are deemed sinful (though being homosexual is not); same-sex marriage is forbidden. Embracing diversity while toeing the Vatican line requires a delicate balance.

"The God Squad," a Sunday Metro story by John Leland, was a mostly positive profile of Trinity Grace, a new evangelical church in the East Village, "a neighborhood perceived by many as libertine." Yet it was also undergirded with liberal premises.

While noting that the church "considers all sex outside marriage sinful, and marriage as a union between a man and a woman," the pastor, Guy Wasko, was seen as treading "softly concerning sexuality and abortion." A professor Leland spoke to explained that the church's approach of welcoming gays and lesbians marked a break from the religious right of Pat Robertson and Jerry Falwell.