When it comes to slurring innocent Duke lacrosse players, sports columnist Selena Roberts is apparently angling to become the Amanda Marcotte of the New York Times. Even after the three lacrosse players have been all but formally cleared of the sexual assault of a stripper (in a case brought forward by a zealous local prosecutor Mike Nifong, to go on trial himself for ethics violations in his handling of the case), Roberts apparently thinks it was worth it in her Sunday column, "Closing a Case Will Not Mean Closure at Duke." 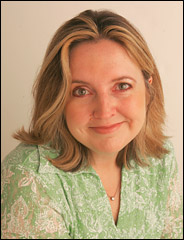 Here's what she said before on the Duke "rape" case in March last year(as the "victim's" case was trumpeted in the credulous media) in a column that seethes with the presumption of guilt.

"The season is over, but the paradox lives on in Duke's lacrosse team, a group of privileged players of fine pedigree entangled in a night that threatens to belie their social standing as human beings.

"Players have been forced to give up their DNA, but to the dismay of investigators, none have come forward to reveal an eyewitness account.

"Maybe the team captains are right. Maybe the allegations are baseless.

"But why is it so hard to gather the facts? Why is any whisper of a detail akin to snitching?"

The conclusion to Roberts' March 2006 column carried the same flavor of Duke guilt that emanated from the body of the piece: "Does President Brodhead dare to confront the culture behind the lacrosse team's code of silence or would he fear being ridiculed as a snitch?"

As the "case" winds down to its ignominious end,Roberts returned to the subject on Sunday (Times Select $ required), whining about some of the "loquacious bullies" who emailed her in support ofthe lacrosse players and against her biased columns- "several hostile lacrosse advocates have burned a hole in my in-box as well over the past year."

But Roberts had nothing to say on Sunday about local North Carolina district attorney Michael Nifong's unethical behavior in pushing rape charges against the Duke lacrosse players (the most she could muster was to call him "one part district attorney, one part clueless Columbo"), or the assumptions of guilt by liberal Duke faculty, or the false charges from the alleged rape victim.

Roberts started off with snottiness: "The ubiquitous 'Innocent' wristbands of the yellow 'LiveStrong' variety have become a wardrobe accessory akin to a watch for some Duke lacrosse supporters."

Later on, Roberts tried to conflate the false rape charges with what she considers athletic misbehavior on campus (as if non-athlete students have never done similar things).

"What happens if all the charges are dismissed? There is a tendency to conflate the alleged crime at the Duke lacrosse team kegger on March 13, 2006, with the irrefutable culture of misogyny, racial animus and athlete entitlement that went unrestrained that night.

"Porn-style photos of two exotic dancers - one of whom was the accuser - emerged from cellphone camera downloads. Heated exchanges between players and dancers occurred. Racial slurs were heard. And in an 'American Psycho' reference, a repulsive e-mail message depicting the skinning of strippers was sent by a player, Ryan McFadyen, who, to his credit, has since apologized."

Note the double standard: While the woman who made false charges of rape has yet to be named in the media, but Roberts still feels free to criticize lacrosse players by name in print.

"To many, the alleged crime and culture are intertwined. No trial, all vindication. This microview has some passionate, respectful followers, but also a few loquacious bullies.

"Some of them have expressed their anger with threatening e-mail messages to Duke staff members who had voiced opinions on the scandal."

Is Roberts really ignorant of the infamous "Duke 88," the politically correct faculty who signed an open letter described by case expert-blogger KC Johnson as "a document saying 'thank you' to campus demonstrators who had distributed a 'wanted' poster of the lacrosse players and publicly branded the players 'rapists.'"

Roberts, perhaps aware that her legal hand was weak, next slapped down the race card.

"Don't mess with Duke, though. To shine a light on its integrity has been treated by the irrational mighty as a threat to white privilege.

"Feel free to excoriate the African-American basketball stars and football behemoths for the misdeeds of all athletes, but lay off the lacrosse pipeline to Wall Street, excuse the khaki-pants crowd of SAT wonder kids.

"No one would want an innocent Duke player wronged or ruined by false charges - and that may have occurred on Nifong's watch - but the alleged crime and the culture are mutually exclusive."

Roberts excused Nifong from responsibility, as if he was just a passive force, although he faces trial himself on ethics charges related to his conduct of the investigation, and dismissed in half a sentence the miscarriage of justice suffered by the innocent Duke players "that may have occurred."

Roberts seems to think the false rape charges were worth it in the end, if it opens up Duke to "change," and seems to think that partying and misbehavior on campus (not to mention "public urination") is the exclusive realm of spoiled white athletes.

"What's new? Nothing really. But the opportunity to change this chronic campus dynamic is up to Duke. For now, administrators and faculty members seem earnest in giving it a college try.

"That would be a welcomed development to citizens who had long complained about the raucous partying and misbehavior of athletes in their neighborhoods. There were red flags about the Duke lacrosse team, including a history of off-campus conduct problems.

"Apparently, no player could hold his own beer because public urination was an issue."

"But if you take on the athlete culture that was exposed, not the alleged crime, there can be one healthy legacy to a scandal.

"A dismissal doesn't mean forget everything. Amnesia would be a poor defense to the next act of athlete privilege."