Rampell Wonders Where the Left-Wing Outrage Is Among Unemployed

With 14 million Americans out of work, economics reporter Catherine Rampell is wondering where the left-wing mobs are in the front-page story for Sunday Business, 'Somehow, the Unemployed Became Invisible.' The text box imagined a better time: 'In the 1930s, Americans did not endure unemployment so quietly.' 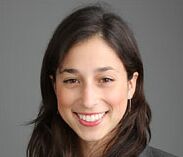 (Back on June 18, Rampell agonized over how 'one little word' was depriving jobless Arizonans of additional weeks of federal benefits.)

Fourteen million, in round numbers - that is how many Americans are now officially out of work.

Word came Friday from the Labor Department that, despite all the optimistic talk of an economic recovery, unemployment is going up, not down. The jobless rate rose to 9.2 percent in June.

What gives? And where, if anywhere, is the outrage?

The United States is in the grips of its gravest jobs crisis since Franklin D. Roosevelt was in the White House. Lose your job, and it will take roughly nine months to find a new one. That is off the charts. Many Americans have simply given up.

But unless you're one of those unhappy 14 million, you might not even notice the problem. The budget deficit, not jobs, has been dominating the conversation in Washington. Unlike the hard-pressed in, say, Greece or Spain, the jobless in America seem, well, subdued. The old fire has gone out.

In some ways, this boils down to math, both economic and political. Yes, 9.2 percent of the American work force is unemployed - but 90.8 percent of it is working. To elected officials, the unemployed are a relatively small constituency. And with apologies to Karl Marx, the workers of the world, particularly the unemployed, are also no longer uniting.

It wasn't always so. During the Great Depression, riots erupted on the bread lines. Even in the 1980s and 1990s, angry workers descended on Washington by the busload.

'There used to be a sense that unemployment was rich soil for radicalization and revolt,' says Nelson Lichtenstein, a professor of labor history at the University of California, Santa Barbara. 'That was a motif in American history for a long time, but we don't seem to have that anymore.'

After noting that long lines around unemployment offices were potent for recruits for protests:

Today, though, many unemployment offices have closed. Jobless benefits are often handled by phone or online rather than in person. An unemployment call center near Mr. Oursler, for instance, now sits behind two sets of locked doors and frosted windows.

In other countries, workers have mobilized online. Unions here, too, have reached out on the Web. They include groups like Working America (the community affiliate of the A.F.L.-C.I.O.) and UCubed (created by the International Association of Machinists and Aerospace Workers).

After questioning why Americans aren't using Facebook to organize 'economic protests" as in Britain and Greece, she wondered why Americans weren't blaming conservatives for the problem. She didn't consider the possibility that people were blaming the failed policies of Democrats for their joblessness, merely that Democrats are in charge of the White House and the Senate.

Why populist anger over the poor economy is leaning right, rather than left, this time around is a bit of a mystery. Perhaps it is because Democrats, traditional friends of labor, control the White House and the Senate.

For the moment, jobless Americans are waiting on President Obama. If unemployment stays as high as many expect, and millions exhaust their benefits, they may just find their voice in 2012.