Former Times freelance reporter Natasha Lennard, who contributed to the paper's reporting on Occupy Wall Street, then participated in a left-wing panel discussion of OWS tactics with protest supporters, broke the chains of "objectivity" for good in a rather refreshing article posted Tuesday morning at left-wing Salon Magazine: 'Why I quit the mainstream media – Journalism must break the chains of objectivity and report truth - and the Occupy movement led me to do just that.' (Lennard has previously contributed to Salon.) 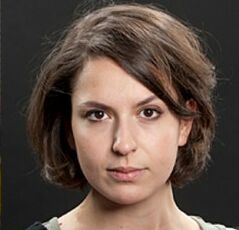 I was in complete agreement when, last month, the triumvirate of right-wing firebrands Rush Limbaugh, Glenn Beck and Andrew Breitbart all condemned me for being more than just a journalist. They are correct, and I agree with every pundit who argues that I have no place in the mainstream media.

On Oct. 14, I appeared on a panel at the radical, feminist Blue Stockings bookstore in New York's Lower East Side. Hosted by Jacobin Magazine, the discussion addressed left-wing politics and strategy. During the event, I criticized old-left styles of organizing and praised - with some ardor - the experimental nature of Occupy Wall Street. I also dropped 'F-bombs' in abundance.

Stumbling out of the bookstore onto Allen Street after the debate, I hugged an old friend, who has been heavily committed to Occupy activities in New York. 'I think I just watched you lose your job,' he said.

Indeed, a video of her appearance was picked up by Big Government, 'and the fallout led to the Times publicly stating that they had 'no plans' to use me for future OWS coverage.'

Lennard was far more defensive about the talk after it was first revealed. She responded with defensive posts on her Twitter account like this: 'Not only am i not on NYT payroll; have only freelanced sporadically. And a debate in a bookshop is not an organizing mtg'

After announcing 'it is also with some pride that I have stopped writing for publications that aim for journalistic objectivity,' Lennard made points on media objectivity that conservative media watchdogs could agree with.

Similarly, if the mainstream media prides itself on reporting the facts, I have found too many problems with what does or does not get to be a fact - or what rises to the level of a fact they believe to be worth reporting - to be part of such a machine. Going forward, I want to take responsibility for my voice and the facts that I choose and relay. I want them to instigate change.

Lennard let her far-left light shine in the last paragraph (I have bleeped out her trademark vulgarity):

Breitbart, Beck and friends are correct in saying I'm more than just a journalist. They are wrong in saying I'm an activist – that means something specific, in my mind. But if by 'more' they mean I am a journalist in agreement with those across the country who think 'F*** this s***' when it comes to a system upholding inequality and alienation for all but a few, then they are right. This - and my proclivity for dropping 'F-bombs,' once again - is the reason the mainstream media and I have parted ways.