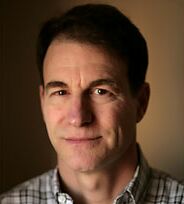 Images speak loudly in politics, and a day before the Nevada caucuses, Mitt Romney, accompanied by his new Secret Service detail, seemed to be auditioning for the White House, aiming all his criticism at its current occupant.

Newt Gingrich, meanwhile, continued to cast himself as the insurgent spoiler, holding a rally Friday in a cowboy bar with a mechanical bull, as he blazed away from all angles at Mr. Romney, the perceived Republican front-runner.

The momentum Mr. Romney picked up after his resounding victory in the Florida primary shows no signs of waning through the many contests this month in Western states, where Mr. Romney finished strongly in 2008. Many states, like Nevada, have significant Mormon populations and conservative voters, especially in Arizona, who like his hawkish views on illegal immigration.

With polls showing a double-digit lead over Mr. Gingrich, Mr. Romney confidently met with business leaders in northern Nevada. He never mentioned his rival, turning his focus to President Obama. 'If I become president of the United States, I commit to be a friend of working people and employers and entrepreneurs and innovators,' he said.

He greeted the big economic story of the day - that unemployment had fallen to 8.3 percent, a three-year low - as 'good news,' but he did not let up on Mr. Obama. 'I know the president didn't cause this downturn, this recession,' he said, 'but he didn't make it better either. He made it worse.'

It was a dubious statement, because the unemployment rate fell to precisely what it was during Mr. Obama's first full month in office, February 2009, and nonideological economists agree that the stimulus actions taken by the administration and the Federal Reserve kept the recession from being worse.

And he added to the theme that Mr. Romney is a moderate, closer to the president than what the conservative base of the Republican Party wants. He described a new video his campaign released on Friday that uses recent comments by George Soros that 'there isn't all that much difference' between Mr. Obama and Mr. Romney.

Mention of Mr. Soros, a billionaire whose support of liberal causes has made him a caricature villain in conservative circles, elicited boos and catcalls from the crowd of about 200. That delighted Mr. Gingrich, who offered, 'See, at least you have an idea who George Soros is.'

Meanwhile, the left's image of the Koch brothers as dangerous conservatives is taken at face value.