The granddaughter of William Randolph Hearst isn’t proud of one aspect of the family business, and she’s speaking out publicly. Cosmopolitan Magazine isn’t for women, she says, it’s against them.

The granddaughter of the head of media conglomerate Hearst Corporation is speaking out against her family’s publication of Cosmopolitan. Victoria Hearst, Founder and President of Praise Him Ministries, will launch the “Cosmo Harms Minors” campaign in Washington, D.C. on April 22 to criticize Cosmo’s sexually explicit material and demand that minors are protected from the magazine’s “pornographic” influence. Hearst will be joined at the National Press Club by Dawn Hawkins of the National Center on Sexual Exploitation and psychiatrist Miriam Grossman, MD.

Cosmopolitan, which describes itself as a “bible for fun, fearless females” and influences more than 18 million readers a month, offers plenty to criticize. The press release announcing the event detailed a sickening agenda aimed at young women.

Cosmo “target[s] young girls to expand their audience and increase profits,” the press release read. “This staple of the supermarket checkout line has steadily declined from a somewhat inspirational women’s magazine to a verbally, and many times visually, pornographic ‘how-to’ sex guide encouraging readers to engage in violent and dangerous sexual acts in every issue.”

The campaign “seeks to inform, expose and equip communities to take action and protect minors.” It will publicize a national survey on the magazine’s influence on minors and demand that the magazine be placed behind blinders or in opaque wrappers – and not sold to minors.

Hearst could list numerous articles to prove Cosmo’s view of women, from calling the wait for sex until after the second date "100% outdated" and noting "cool" women go to strip clubs to highlighting how abortion can strengthen relationships. Or maybe she’ll pick from the the “2014 Sex Olympics" and the “Holiday Sextacular” of "Twelve Days of Sex Moves.”

One only need look at the cover of Cosmo to see how the magazine turns women sexual objects: 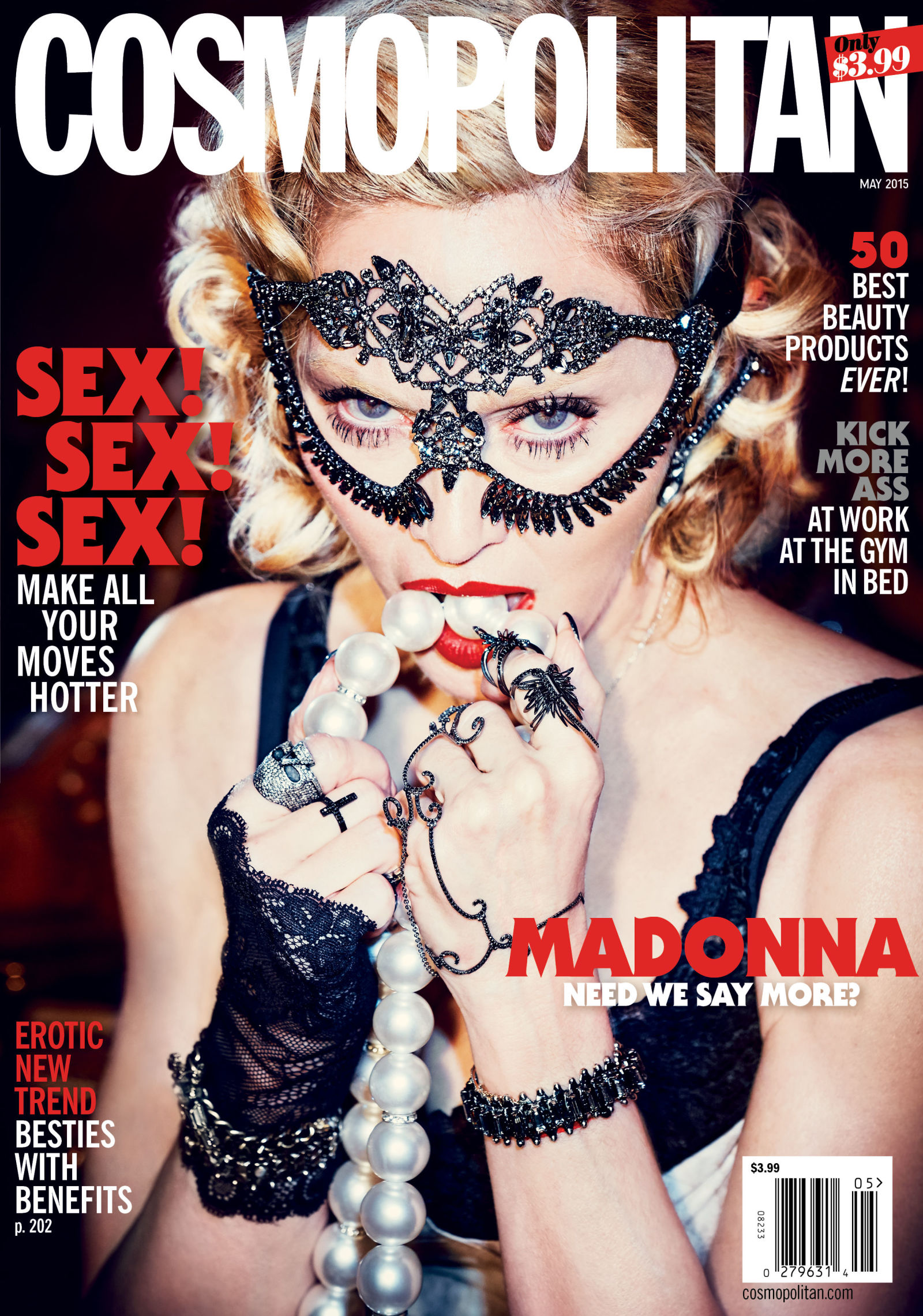 But Cosmo doesn’t just address sex; the outlet also addresses the “consequences” of sex – in other words, children.

In December, Cosmopolitan showcased Cecile Richards, president of taxpayer-funded Planned Parenthood, as she outlined “where the pro-choice movement is headed next year.” Richards admitted her organization – the abortion giant – wants to “make it completely unacceptable” for “someone who opposes women’s rights” to run for office. (In non-euphemistic-speak: let’s blacklist pro-life candidates.)

Like a Planned Parenthood mini-me, Cosmo also plans to wipe out pro-life candidates.

The relationship between the two organizations became more public last year when Planned Parenthood bestowed its “Excellence in Media Award” to Cosmo.

Barely two months after Richards, Cosmo also spotlighted Ilyse Hogue, president of NARAL Pro-Choice America. For her interview, she deemed “freedom, equality, [and] self-determination” as the “values that drive us to fight” for abortion.