James Hansen’s been screaming for years that the sky is falling. For years, the sky has refused to fall. But that’s OK with CNN. 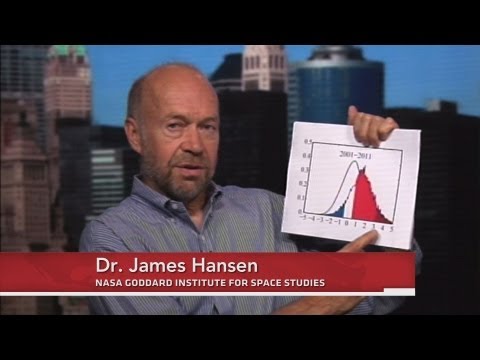 CNN ran a story promoting a Washington Post opinion piece written by Hansen, on Aug. 3. Hansen is an outspoken global warming activist, and a director at NASA’s Goddard Institute for Space Studies. In the piece, Hansen blames global warming for this year’s high summer temperatures in the , as well as for the European heat wave of 2003, the Russian heat wave of 2010, and other extreme weather around the globe in recent years. They include no mention of anyone from the other side of the issue, or even a reference to the fact that there are skeptics of climate change.

Hansen is one of the more hysterical climate change hucksters. In a speech before Congress in 2008, Hansen called for the chief executives of large fossil fuel companies to be put on trial for “high crimes against humanity,” according to the news outlet the Guardian.

He is also the author of the book “Storms of my Grandchildren: The truth about the climate catastrophe and our last chance to save humanity.”

In 1988, Hansen predicted that global temperatures would rise by 0.45 degrees Celsius. This was not the case. However, Hansen began his recent opinion piece by saying that his predictions that year were too optimistic.

The CNN piece concluded with a quote from Hansen’s Op-Ed that reads, “"The odds that natural variability created these extremes are minuscule, vanishingly small. To count on those odds would be like quitting your job and playing the lottery every morning to pay the bills.”

Or like the odds of hearing CNN give the other side of an issue than is still very much unsettled and beset with an ideological agenda disguised as science.